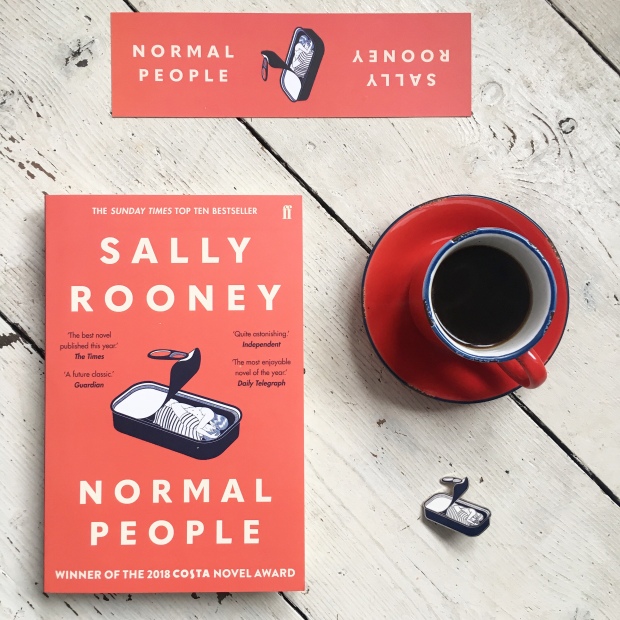 Connell – “It’s funny the decisions you make because you like someone and then your whole life is different. I think we’re at that weird age where life can change a lot from small decisions. But you’ve been a very good influence on me overall, like I definitely am a better person now, I think. Thanks to you.”

Connell and Marianne attend school together in Sligo in Ireland, yet do not acknowledge each other publicly. Connell is part of the popular clique and Marianne is regarded as a loner. Yet outside of school, things are very different. Connell’s mother works as a cleaner for Marianne’s mother and the teenagers become drawn to each other, forming a connection that will change their lives forever…

Normal People is a coming-of-age novel about friendship, sex and love, and the powerful connections made between people. The novel explores themes of identity, isolation and intimacy, and raises awareness of mental health issues such as depression and anxiety. The book also deals with social issues of class, education, prejudice and morality.

Having previously read Rooney’s debut novel Conversations with Friends, for me there is a detached and self-aware quality to Rooney’s writing that makes her characters quite unlikeable. However, I did relate to the central characters of Connell and Marianne in many different ways, despite their often frustrating behaviour. Many of their actions though reflect real life and serve as a reminder of the mistakes that many of us do make, particularly during our younger years. I may be the wrong demographic for this book and I can understand why it appeals more to younger readers, but I did enjoy it overall.

Now that I am watching the tv adaptation, I already have the urge to reread the book, despite reading it just days ago. I will save my thoughts on the tv show for a later review, but it is difficult not to allow it to influence my thoughts on the novel as the show is amazing!

Have you read or watched Normal People? Do you think that age matters when reading a novel?